We; ‘Racing Inc’, lead by the BHA, need to make up our minds once and for all about the whip. We are in dangerous times where an element in the racing press, and I suspect some like minds in the BHA, are going to press for more significant changes to our whip rules to appease a tiny vocal minority (who incidentally mostly seek an end to horse racing full stop). The view appears to be that the perception of the whip being cruel is more important than the reality that it isn’t.

Any law needs testing and must be based on sound evidence. Laws to satisfy the ignorant or written for political purposes that fail the evidence test are bad laws and should never be countenanced. Try enforcing such laws – they just don’t work in a democracy.

Why should we be concerned if the use of the whip is restricted to correction only and not for encouragement? The reason is simply that if we go down that route we tacitly accept that we knew all along that the whip was cruel and that horse racing and its participants are the same. Adding oxygen to the antis’ fire allows them to gain the momentum.

Furthermore, if we allow that perception to flourish, there will be no appeasing the opponents of the sport and the next obvious victim will be National Hunt racing with its higher attrition rate. Make no mistake the most vocal opponents to the whip are also the most vocal opponents of horse racing and they will not rest until the sport is consigned to history. Tinker with the deck chairs all you like but they will still try and hole you below the waterline.

There appears to be a lack of horsemen on the board of the BHA, who speak the language of experience when it comes to the key participant in our sport, the horse. Luca Cumani (on behalf of the NTF) would appear to be a sole voice on the board of the BHA, and certainly the only member with real horsemanship experience. This must be urgently rectified or the voice of reason risks being drowned out.

Those who work with horses know that the whip is not a ‘welfare issue’ but a disciplinary one. The whip rules we have in the UK are excellent, whilst conceding that enforcement may need toughening with stiffer penalties. We should have the confidence to spend the effort and money on educating the public rather than this constant, excruciating hand-wringing over the perception of the whip.

Then we should concentrate on the real funding problem that stalks our industry and work towards an urgent solution. That is the biggest threat to the future sustainability of an industry that is so important to the health of our countryside and those that live and work there. 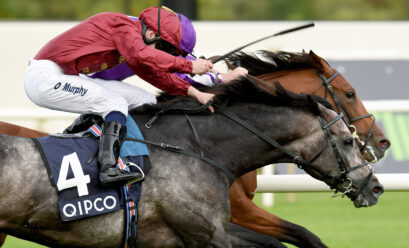