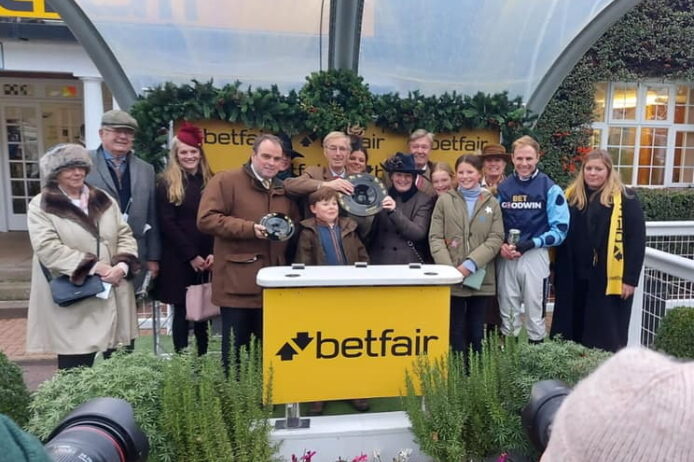 As many of you will know, our own Alice Thurtle (Nominations and Marketing) is heavily involved with star chaser Edwardstone and the Thurtle family celebrated another huge win for the horse on Saturday when he strode clear in the Gr.1 Tingle Creek Chase at Sandown.

Edwardstone was bred by Alice’s father Ian Thurtle in partnership with Alice’s godfather Robert Abrey, from just two mares they owned at the time. Edwardstone’s dam Nothingtoloose was bought as a point winner for just £22,000 at the 2009 Doncaster Spring Horses In Training Sale. Edwardstone is named after a village in Suffolk near where he was born.

Edwardstone is now Timeform-rated 172 over fences and was described as producing “a performance out of the top drawer, marking him down as the main threat to the Irish challenge in the top 2m chases this season.” All the team at Tweenhills are right behind Alice and Edwardstone and it’s fantastic to follow his story – they could make a film out of it one day!