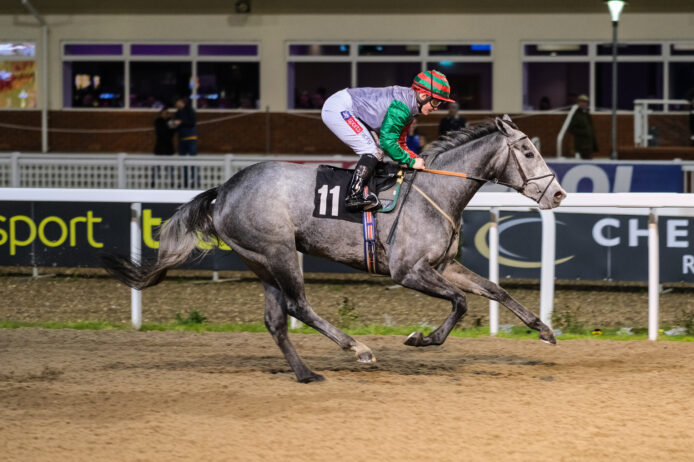 The Tweenhills Fillies Syndicate had its second winner when Silver Machine lived up to her name, making a striking winning debut in a six-furlong fillies' novice at Chelmsford on Thursday evening.

One of four newcomers in a field of 13, Silver Machine travelled smoothly in midfield and looked a very useful prospect as she powered clear to win by three lengths from several with previous experience. Timeform have given her a rating of 85p.

Silver Machine was given an excellent ride by Hollie Doyle - for whom she was a 96th winner of the season - and is trained by Archie Watson in Lambourn. Hollie has been nominated for the HWPA Flat Jockey of The Year alongside Oisin Murphy, Frankie Dettori and Danny Tudhope.

Archie said: "I was very impressed with the manner in which she won what looked a competitive race. She has a great attitude and I hope she can progress nicely."

Hollie added: "She was the ultimate professional and went and won her race without even really being asked."

The Tweenhills Fillies Syndicate - in its first year - also owns Run Wild who gained more black type when third in Listed Montrose Fillies' Stakes at Newmarket last weekend and is another who will continue to make her mark in 2020.