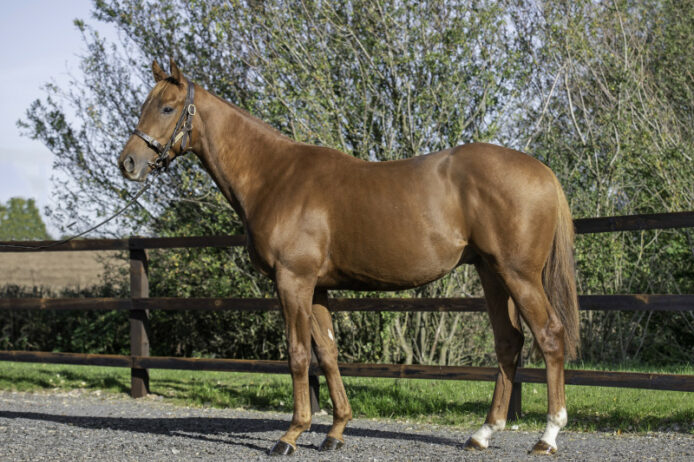 Millennial Moon as a yearling

Homebred Millennial shoots for the Moon

Qatar Racing homebred 2-year-old Millennial Moon - born and raised at Tweenhills - looked a smart prospect as he broke his maiden at Yarmouth on Wednesday.

Millennial Moon had shown lots of ability in a strong maiden at Newmarket on debut and improved to comfortably beat seven rivals over 7f at the seaside track under Cieren Fallon.

He lined up at Yarmouth as the 2/1 favourite and never gave his backers a moment’s worry, travelling smoothly behind the leader before shooting a few lengths clear. He hit the line with two and a half lengths to spare over promising newcomers Nations Pride and Conservative.

Millennial Moon should keep on improving for John and Thady Gosden and hopefully we can start thinking about bigger targets. That he shows so much speed is very encouraging considering his pedigree.

Millennial Moon is the first foal out of dual Gr.3 winner and multiple Gr.1-placed Wekeela. She was bought for 1.8m guineas at the Tattersalls December Mare Sale in 2017 and has a yearling colt by Roaring Lion, a colt foal by Kingman and is in foal to Lope de Vega.

Millennial Moon was named by Michael White (@mp_white11 on Twitter) and Samatha Wright (samanthawright37425 on Instagram) as part of the QIPCO #FollowTheFoals naming competition in conjunction with Ascot Racecourse.

Millennial Moon as a yearling