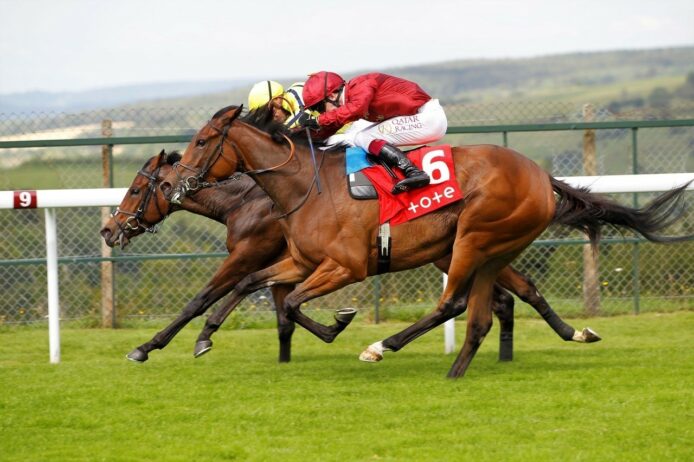 Qatar Racing's Mise En Scene hadn’t run for almost 2 months since making a winning debut at Haydock and returned with a much-improved effort to beat eight rivals in the Gr.3 Prestige. She travelled well just behind the leaders under Oisin Murphy and was produced to lead in the final strides, winning by a neck from favourite Daneh.

Ferguson told press: “It feels brilliant. We've always really liked her at home and to get her from Sheikh Fahad was a real honour given her pedigree.

“She looks like she'll make a really nice three/four-year-old but just came to hand ready for Haydock - and she was impressive there.

“That kept the dream alive for everyone at home and black type was then the route. I knew at home she'd taken a step forward for her first run and it was great to see her finish out.

“I'll have to talk to the team - Sheikh Fahad, Oisin and David Redvers (racing manager) - before making a plan but the Fillies' Mile looks an option. She's obviously the best I've had."

Mise En Scene looks likely to stay a mile and has the Gr.1 options of the Fillies’ Mile at Newmarket on October 8 and Breeders’ Cup Fillies Juvenile Turf at Del Mar on November 5.

Mise En Scene was born and raised at Tweenhills. She’s by leading French stallion Siyouni and out of unraced Galileo mare Gadfly, a half-sister to Gr.1 1000 Guineas winner Speciosa.