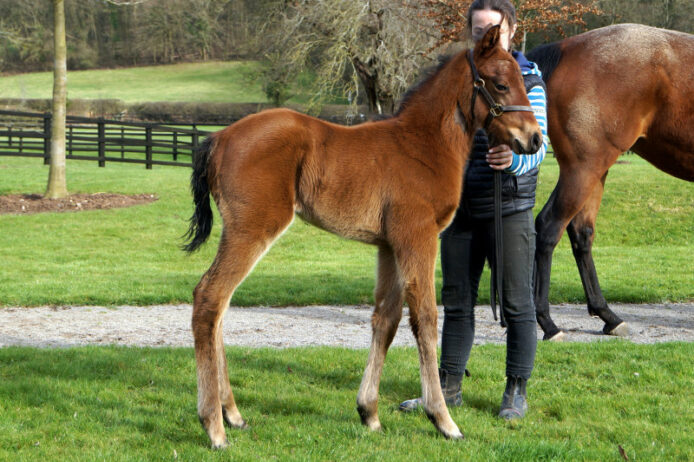 Iron Heart as a foal

Tweenhills mare Kiyoshi had her first winner from her first foal when Iron Heart won a maiden at Southwell on Friday.

After showing plenty of promise when third on his previous two starts, including at Southwell, Iron Heart justified favouritism at the track stepped up to a mile.

While those that had taken the short prices might have had a few moments worry when Iron Heart was chased along by David Probert in rear – just as he was on his fibresand debut – his class came to the fore late on as he picked up newcomer Naval Commander.

Iron Heart won by half a length going away and can only get better with this experience under his belt. He went into this race with a BHA rating of 76 and, even if the assessor sees fit to raise him slightly, he is bound to be competitive once switched to handicaps.

Iron Heart was born at Tweenhills and backed by Tim Rusbridge – husband of Qatar Racing’s Bryony Rusbridge – just down the road. He went into training with Andrew Balding in January 2019 and naturally is a colt we are very fond of, just as we are of Kiyoshi. It’s great she’s off the mark.

Iron Heart as a foal