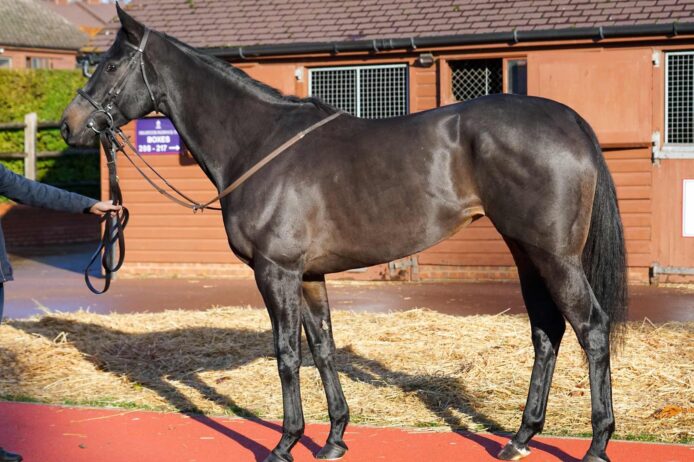 Tweenhills celebrated a first winner of 2023 when Miss Nay Never, bought for owners David and Fiona Howden by David Redvers at the Tattersalls December Mare Sale, made a winning start carrying her new green colours.

Miss Nay Never had won three of her four previous starts before being bought for 85,000gns by David and Fiona Howden and she blitzed her rivals in the 0-90 Betsi Handicap over 5f at Chelmsford on Thursday 12 January, her third consecutive win over the C&D.

Regular rider Jason Hart whipped the blindfold off Miss Nay Never just before the stalls opened and she jumped very quickly, soon in front from her five rivals. Miss Nay Never could be called the winner 2f out and hit the line with 2¾ lengths to spare over recent winner Harb.

That the John Quinn-trained Miss Nay Never was able to do this – improving to a Timeform rating of 108 – on her first start for two months bodes well for her next intended target, the Listed Hever Sprint Stakes at Lingfield on Saturday 25 February. The Howdens won the same race in 2019 with another filly purchased months before at the Mare Sale, the Archie Watson-trained Gorgeous Noora.

Miss Nay Never is by No Nay Never – sire of Little Big Bear, Blackbeard, Alcohol Free etc – and out of Green Desert mare Desert Sky, winner of the Listed Silver Flash Stakes over 6f as a 2yo for Jim Bolger. Miss Nay Never is a half-sister to two Stakes performers, including US Gr.2 winner No Jet Lag. She will make another excellent addition to the Howden Family’s broodmare band at Tweenhills.