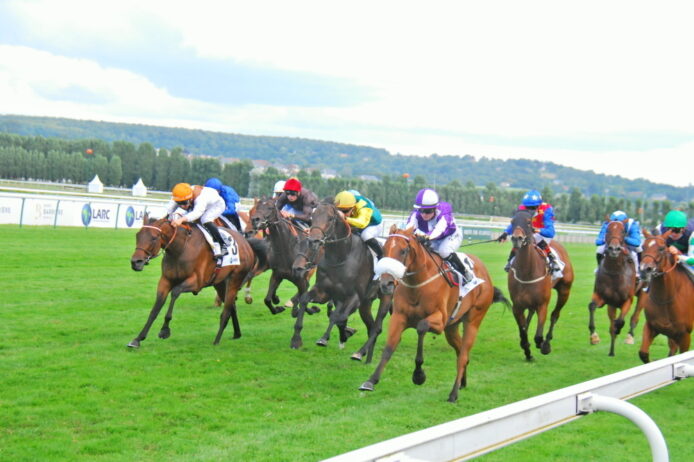 Three-year-old filly Mo Celita, who was purchased privately by Tweenhills owner David Redvers for himself and David Howden after her 0-85 handicap win at Haydock in May, continued her improvement when winning a Listed sprint in France on Sunday.

Mo Celita has been expertly trained by Adrian Nicholls – in whose colours she raced before her purchase – since he picked her up from Ireland and she was given an excellent front-running ride by Hollie Doyle in the Listed Prix Moonlight Cloud over 1200m at Deauville on Sunday.

After attracting market support into 54/10, Mo Celita jumped to the front and she stayed there, her rider edging towards the favoured stands’ rail with 2f to go and the filly digging deep to hold off Prince Lancelot and Valloria, both of whom have contested Gr.1s this year. Once again Mo Celita enjoyed some juice in the ground and showed lots of natural speed.

She had won her first five starts for Nicholls before a creditable fifth at Royal Ascot and wasn’t right when down the field on her first try in Group company at York. She wasted no time in regaining the progressive thread in France and could head back there again next time, following the ‘Glass Slippers’ path to the Gr.3 Prix Petit Couvert at Longchamp next month, though a fillies’ Listed race at Ayr the following week will also be considered.

It was a second stakes success for David Howden’s purple and white colours after Hollie Doyle also scored aboard the Archie Watson-trained Gorgeous Noora in the 2019 Hever Sprint Stakes at Lingfield. The same colours were carried to debut success by two-year-old Hierarchy at Wolverhampton on Monday, owned in partnership with Qatar Racing. David Howden and Nick Wheeler form Cornthrop Bloodstock Limited who own this year’s winners Handsome and Wilderness Girl.