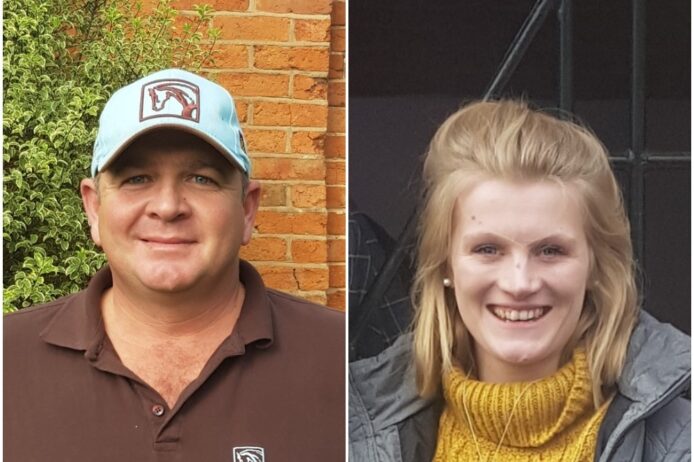 We are delighted to announce two new members of the Tweenhills team. Pieter Van Zyl joins as Stud Manager and Alice Thurtle in a Nominations and Marketing role.

“It’s a real coup to be able to welcome Pieter and Alice to Tweenhills. Pieter is a world-class stud manager and brings a wealth of knowledge, horsemanship and management skills from around the globe, whilst Alice’s boundless enthusiasm and passion for the business is already making an impression on the team! They are both in their own ways going to help take Tweenhills to the next level and I’m delighted to have them join my brilliant team.”

Pieter grew up in the Western Province of South Africa and has always been passionate about farming and horses. After agricultural high school, he completed a diploma in Equine Management. Pieter then moved to Britain to gain experience in the thoroughbred breeding industry – his first position was at Tweenhills.

After finishing the 2000 breeding season at Tweenhills, Pieter went to Genesis Green Stud in Newmarket and was Stud Groom there for five years before moving on to Kingwood Stud where he was Assistant Manager for 18 months. He then occupied the same role at Whitsbury Manor Stud for six months.

After eight years in Britain, Pieter returned to South Africa and was appointed Stud Manager at Klawervlei Stud. There he was part of the team that took Klawervlei to four Champion Breeder titles in less than 11 years. Here Pieter met wife Wa-nita and they are the proud parents of five-year-old twin boys Wian and Sion.

Pieter said about his return to Tweenhills: “The position as Stud Manager came across my path and I decided to apply. Twenty years later the wheel has turned full circle and I'm back where it all started. It is a great privilege to re-join the team.

“Tweenhills has matured into a world-class operation under the guidance of David Redvers. The quest for perfection and dream to breed the next champion is never-ending. I'm hoping that my 20 years’ experience in the thoroughbred industry will assist Tweenhills in achieving its goals.”

Alice is new to Tweenhills but not to the industry. For the past two years she has been at the TBA in Newmarket in the role of Communications Executive.

Alice grew up in Norfolk surrounded by horses and has developed a keen interest in Flat racing and bloodstock. She studied Equine Science and Thoroughbred Management at Oxford Brookes University and then worked abroad for a number of breeders, trainer and consignors, including a year in Australia with Godolphin and Baramul Stud.

“The majority of my time is spent with horses – I’ve pinhooked a few Flat-bred foals in recent years and we have a couple of National Hunt mares at home. I also have my own horse for hunting and show jumping.”

Pieter and Alice – along with the rest of the Tweenhills team – can be contacted directly via this website.