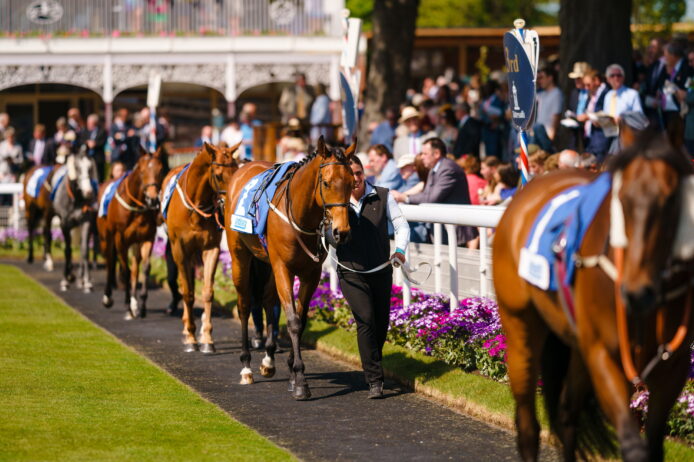 Rose of Kildare returns to York on Wednesday

Triple Gr.3 winner Rose of Kildare has been purchased privately as a broodmare prospect by Qatar Racing and will join the Tweenhills broodmare band when she retires.

Three-year-old Rose of Kildare has won six of her 16 starts for Mark Johnston and Kingsley Park 14 (who have leased her back until the end of the season) and proved better than ever stepped up to a mile and a quarter when winning the rearranged Gr.3 Musidora Stakes at York five weeks ago.

In a full two-year-old campaign she’d shown great tenacity to win Gr.3s on her final outings, namely the Firth of Clyde Stakes at Ayr and, under a penalty, the Oh So Sharp Stakes at Newmarket.

She also ran in the QIPCO 1,000 Guineas on her return and was then third in the Gr.2 German 1,000 Guineas. She holds an entry in the Gr.1 Juddmonte International Stakes at York next Wednesday.

Tweenhills Owner and Managing Director David Redvers said: “We are delighted to secure Rose of Kildare for Sheikh Fahad’s broodmare band and she will come back to Tweenhills at the end of her racing days.

“She’s a remarkably tough filly and I was just as impressed with her physically when I saw her recently at Kingsley Park. Congratulations should go to Charlie Johnston for finding her as a yearling in Ireland for just €3,000 as to me eye, she's a beauty."

Make Believe is a son of Makfi, the 2,000 Guineas winner who was purchased as a stallion by Qatar Racing and stood his first four years at Tweenhills.

Rose of Kildare returns to York on Wednesday