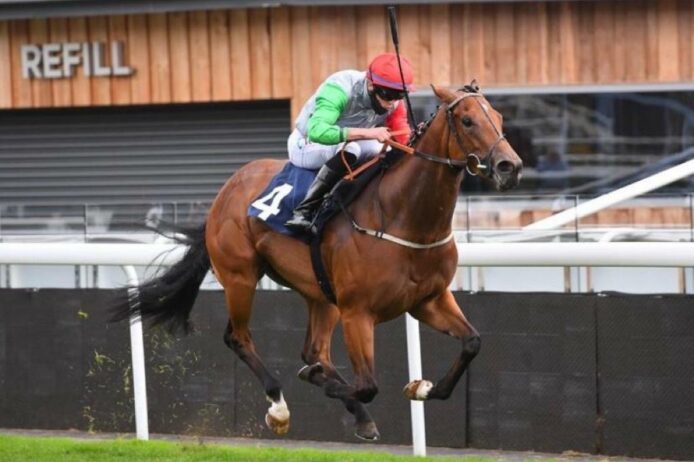 Flying two-year-old filly Spright won her third race of the season in the valuable British Stallion Studs EBF 'Carrie Red' Fillies' Nursery Handicap over six and a half furlongs at Doncaster's St Leger meeting on Thursday.

Spright almost carries the colours of Tweenhills owner David Redvers' mother Mary - the only difference is the cap is not grey but red as the filly is part-owned by trainer Karl Burke's wife Elaine. She has now won three of her five starts and earned over £50,000 for her owners, as well as a Great British Bonus of £20,000.

Spright has been ridden in all her starts by Clifford Lee, who gave her a peach on Thursday, making all in a smaller group that raced towards the fare side and holding off the first 2 in the market, Nazuna and Meu Amor, who came stands' side. Spright improved 10 lb to take her Timeform Rating to 95.

Karl said after the race: “I thought she was well handicapped and I twisted the arms of the owners to let her run.

“David definitely wanted to go for a Listed race to try to get some black type and make her more sellable, but it would have broken my heart to leave a £50,000 race behind without having a runner in it.

“We’ll definitely give her a shot at black type now. She’s in the Redcar Two Year Old Trophy (October 3), and there’s also the Bosra Sham at Newmarket at the end of October.”

Spright is by Charm Spirit out of Dieses mare Thankful and was bought as a yearling for £40,000.