Qatar Racing's Mise En Scene made a successful debut at Haydock in July and returned with a much-improved effort to beat eight rivals in the Gr.3 Prestige. She travelled well just behind the leaders under Oisin Murphy and was produced to lead in the final strides.

The win also provided young Newmarket trainer James Ferguson with his first Group race winner. She now has Gr.1 targets and we are hoping she develops into a 1,000 Guineas contender.

Mise En Scene was born and raised at Tweenhills. She’s by leading French stallion Siyouni and out of unraced Galileo mare Gadfly, a half-sister to Gr.1 1000 Guineas winner Speciosa. 9-year-old Gadfly remains at Tweenhills with her Zoustar filly foal; Gadfly is currently in foal to Kameko.

Qatar Racing’s Millennial Moon – also born and raised at Tweenhills – broke his maiden in impressive fashion at Yarmouth under Cieren Fallon for John and Thady Gosden.

Millennial Moon should keep on improving and hopefully we can start thinking about bigger targets. That he shows so much speed is very encouraging considering his pedigree.

He is the first foal out of dual Gr.3 winner and multiple Gr.1-placed Wekeela. She was bought for 1.8m guineas at the Tattersalls December Mare Sale in 2017 and has a yearling colt by Roaring Lion, a colt foal by Kingman and is in foal to Lope de Vega.

Millennial Moon was named by Michael White (@mp_white11 on Twitter) and Samatha Wright (samanthawright37425 on Instagram) as part of the QIPCO #FollowTheFoals naming competition in conjunction with Ascot Racecourse. 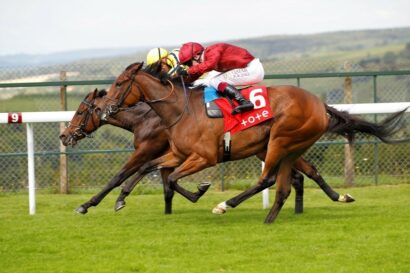 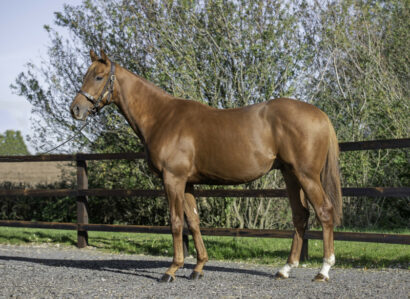 Millennial Moon as a yearling
studlife