Lions and Zoustars in Foal Sale

Five Roaring Lion ‘cubs’ are set to sell at Tattersalls. Four of them are fillies, including the three offerings from Tweenhills: Lot 694 out of Roedean, Lot 865 out of Bella Nouf and Lot 923 out of Great Court. The only Lion colt being sold is New England Stud’s son of African Plains (Lot 629).

Tweenhills bought dual winner Bella Nouf for 325,000gns in foal to Frankel at the 2018 Tattersalls Mare Sale and the resulting filly sold for 350,000gns at the Tattersalls Foal Sale last year. The mare’s Roaring Lion filly, born on Feb 17, is a really lovely physical specimen and is sure to attract plenty of attention, as will all the Lions.

After a couple of withdrawals, there are 21 Zoustars schedule to sell at the sale. Five of those are from Tweenhills, including colts out of Bewitchment (Lot 691), Silverville (Lot 693) and Castle Hill Cassie (Lot 969). Castle Hill Cassie won a six-furlong Listed race in 2018 and her first foal is a really exciting advert for both her sire and dam.

The two Zoustar fillies consigned by Tweenhills are Lots 695 out of Listed winner Evil Spell and Lot 866 out of Moons of Jupiter. Also among the Zoustar draft are colts out of dual Gr.1 winner La Collina (Lot 892) and Listed-placed Wingingit (Lot 549).

Don’t forget you can find all the information on the Tweenhills draft at both the Foal and Mare Sales on our Consignment page nearer the time. 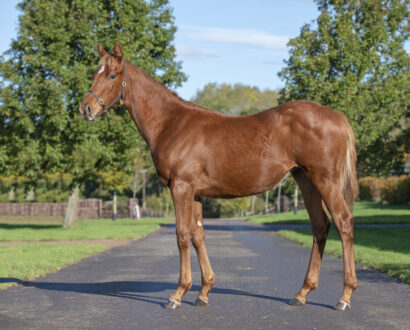