A very straightforward colt who shouldn’t be far away from making his first racecourse appearance. He’s described by Oisin Murphy as a similar type to his useful full brother Wiretap, who also carried the Qatar Racing colours when winning a mile handicap for David Simcock.

A big boy with scope and strength. He also shows a good attitude at home and we are very much looking forward to seeing him on the track. He’s out of useful mile winner Honorina, who was also born and raised at Tweenhills. She’s a half-sister to dual Gr.1 winner Treasure Beach and our own Count Octave, who got within a neck of Stradivarius in the 2017 Queen's Vase.

A filly who moves very nicely and is finding her homework easy. She’s out of Group-placed Stroll Patrol, whose first foal was Hot Streak filly Hot Touch, a 2-year-old winner for Hugo in 2019. Stroll Patrol is a half-sister to Gr.3 winner by Charm Spirit, Yourtimeisnow.

A big filly who has needed plenty of time – her dam didn’t even make her debut until the May of her 3-year-old year, Stakes placed thereafter. Lady Dragon’s first foal, Afraid of Nothing, has won three of her seven starts for the same connections and looks a Stakes filly in the making. 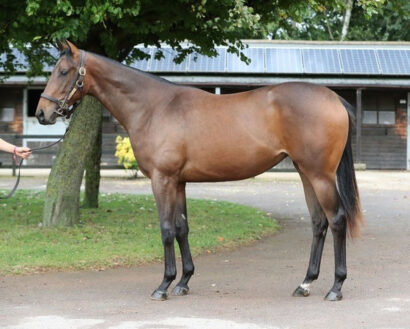 Mused - out of Stroll Patrol