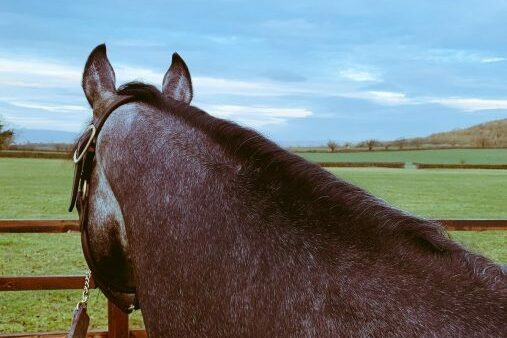 To further demonstrate that I am not the ‘ranting type’, it has taken me two months to find something else to ‘rant’ about.

There has been much said in the press recently about the failing relationship between the horsemen and the BHA and I shall add my tuppence worth. It starts with the simple premise that I wouldn’t want the job, not for all the tea in China. I love the horse and I love working with the horse. I can tell you that I am never happier than when I am walking Roaring Lion or feeding yearlings on a summer morning. Every time I open a new stable door at the sales I am full of wonder as to what future champion lurks behind it, yet my desk is like a brooding threat and my pile of emails horrify me. To be a racing administrator would be my worst job and I fully accept I would be terrible at it.

However, I love racing. The sport of Kings and Queens but accessible to all. I look back at footage of the Epsom Derby from the first half of the 20th century with its enormous crowds and I fervently believe that we can make our sport that great again. I see the magic and it’s just a matter of opening other’s eyes.

Over the last few months I have begun to despair over the way our sport is portrayed through the media and the final straws for me have been watching BBC Breakfast news over the Equine Flu ‘crisis’ and last week’s Cheltenham Festival.

To watch the BHA’s Brant Dunshea being interviewed as the spokesman for our regulatory body, and therefore our sport and businesses is a harrowing affair. I’m sure he is very good at the detail but media work is not his gig. Interviewed about the flu outbreak in our vaccinated herd, you could easily believe he was describing the spread of the bubonic plague across Europe. Many non-racing friends approached me for days afterwards as if I had suffered a family bereavement.

There is no question that the flu ‘crisis’ was mishandled and the worst of it is that racing professionals and amateurs across Britain are still burdened with ridiculously heavy measures. Ask anyone trying to put on a point to point. It was handled as if our herd was unvaccinated, as it is in Australia. The BHA placed an Australian, with experience of a flu outbreak in an unvaccinated herd, as its spokesperson for a very different problem, and the fox was in the hen house and panic gripped.

However, what saddens me most is that far from celebrating one of the greatest days racing in recent history on Gold Cup morning, the British public were further forced to witness the BHA and Cheltenham Racecourse defend our sport and its welfare record. Instead of watching horse racing celebrated for the stunning stories thrown up the previous day thanks to Bryony, Lizzie and Andrew Gemmell and hear tantalising previews of Gold Cup day, we witnessed handwringing interviews of Nick Rust and Ian Renton.

Now I know they can only answer the questions put to them (they are not politicians after all), but for months the tone has been set by the BHA and this is where I find fault. If the BHA as our sport’s regulator is so obsessed by the views of a few leftist politicians and animal rights pressure groups that it fails to see the damage of repeatedly apologising for our sport, then it has lost its focus.

The simple fact is you cannot negotiate with a party that wishes your absolute demise. I don’t mean political party, I mean anybody that wants your destruction. The animal rights brigade are fighting for their utopian ideal. A world where horses roam free, succoured by clouds of warm rain on pastures of endless bounty. Horse racing, farming animals for food or wool and hunting are all one and the same to them and they hate us to the core.

The BHA needs to man up and take the fight to them. I completely agree we have to put our house in order and do what we can to minimise unnecessary risk but we are at the point now where we have to stand tall and shout about the positives, not constantly apologise for things we have no control over. If you negotiate with loonies then you legitimise them and give them a platform from which to influence. They need shutting down, ignoring and starving of the oxygen they so crave.

Richard Forristal is rapidly becoming one of the sanest commentators on the state of our sport and he elucidates this point in his Racing Post column far better than me. The BHA really need to take him, or another like him, on as a sounding board. As much as they feel they are doing their best, it’s currently not good enough. Many of us who work with the horse are feeling unrepresented and led down a wrong and altogether dangerous path.