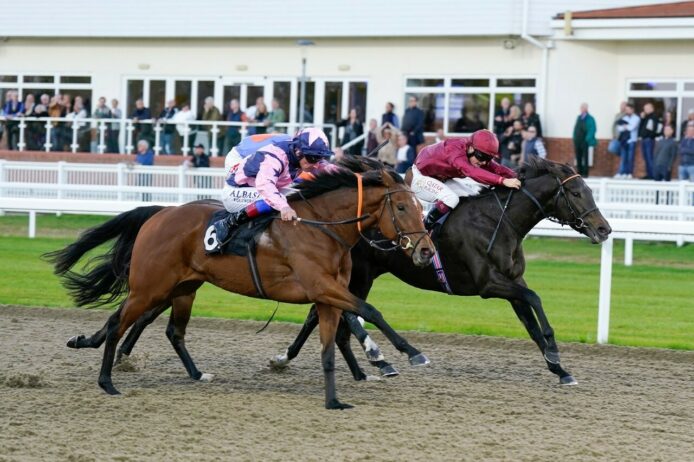 Rakurai, a daughter of Sheikh Fahad’s Gr.1 Cheveley Park Stakes winner Lightening Pearl, returned to win a 7f fillies’ maiden at Chelmsford on Thursday evening. Rakurai was also part of the Follow The Foals series in conjunction with Ascot Racecourse.

Rakurai had finished down the field on her sole 2yo star last September and returned from 13 months off with a much improved performance to collar Listed-placed Mashaaer on the line at Chelmsford. It was an excellent winning ride from Cieren Fallon.

Trained by John and Thady Gosden, Rakurai still looked green in victory and there’s the promise of even more to come from the daughter of late Japanese multiple champion sire Deep Impact.

Rakurai's win came just three days after My Lion, a daughter of Roaring Lion and Diamonds Pour Moi, won a 2yo novice at Windsor under a well-judged front-running ride from David Egan for Qatar Racing and Andrew Balding.

Rakurai and My Lion were both born and raised at Tweenhills in Gloucester, home to Qatar Racing’s stallions, broodmares and youngstock.