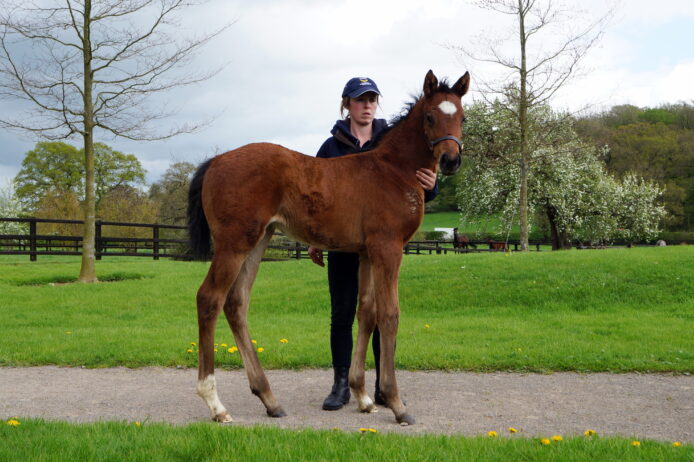 First Lott as a foal at Tweenhills

It was fantastic to see Keith and Mary Trowbridge's two-year-old First Lott win a nursery at Leicester on Monday as the Harbour Watch filly was conceived and raised at Tweenhills.

First Lott had shown ability in warm fillies' races on her first two starts and made a winning handicap debut off 72. Timeform reported that "she dwarfed her rivals in the finish and is very much the type to go on improving".

First Lott's success brough back memories of her dam Don't Tell Mary who won the Listed Marygate as a juvenile in 2009 by four lengths. Both carried the yellow and blue Trowbridge colours, were trained by Tom Dascombe and ridden by Richard Kingscote.

13-year-old Don't Tell Mary has been a resident at Tweenhills for many years, also producing the multiple winner by Makfi, Beverley Bullet, and another winner by Harbour Watch in Poppy Love.

First Lott as a foal at Tweenhills