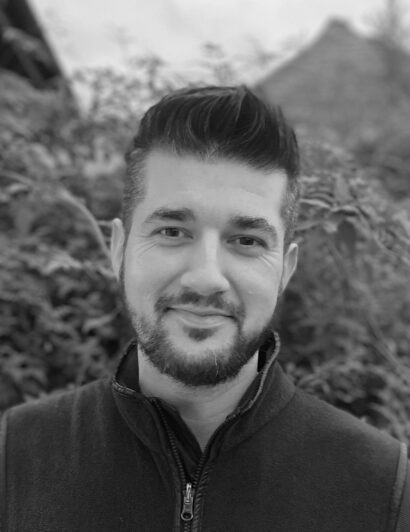 Fill us in on your background…

I grew up in the West Midlands and was introduced to racing by my grandad – he wasn’t a massive racing fan but would just give me the racing pull-out from his Daily Mirror when he came round our house every Saturday morning. He’d get me to choose four horses and we’d have small-stakes doubles, trebles and an each-way roll-up. Any winnings were split between us and my brother.

I just became hooked on the puzzle; fitting it all together, who rode for who, who trained for who, whose silks belonged to who, understanding the mechanics of racing and then the breeding side. This is what I think is missing when trying to get new people into the sport – it’s the puzzle-solving nature of racing that is the hook, as well as the appreciation of the equine and human athletes. Getting people to go to concerts with half a dozen races on before to fill the time will only get you so far.

I left home for uni when I’d just turned 19 and have been away ever since. After completing a degree in Equine Breeding and Stud Management at Writtle College, part of the University of Essex, I spent six years working for Timeform in West Yorkshire. Timeform was great experience, allowing me to do live stuff on Attheraces as well as honing my writing skills by penning over 100 essays for the sadly now defunct Annuals.

I joined the Tweenhills team in March 2017 and my role includes writing daily race previews for David and Qatar Racing, identifying form horses to purchase, writing website content and press releases, as well as selling nominations to Tweenhills' roster of stallions.

What are the best parts of your job?

I have done so many cool things with this job – firstly, I’ve met so many interesting people in the game and, for a racing geek, it’s great to have the opportunity to chat to trainers and jockeys about horses that I’m involved with. I was very fortunate to be there for three of Roaring Lion’s four Group 1 wins, including at Sandown when there was a stewards’ enquiry, and over in Ireland where he again showed a fantastic attitude to get the better of Saxon Warrior. To then be able to show him to breeders more or less every day was great, and now Kameko has come along – I’m really in a privileged position to see these horses every day and be able to spot any similarities between those who are related or spot character changes. Recommending a horse in training who then goes on to do what you’ve said they would is a thrill too – as is managing to swerve around a horse who then goes on to disappoint!

What do you do away from racing?

I couldn't function without music so enjoying discovering new stuff. My favourite band would be The Smiths and there's loads of others fighting out second spot like The Strokes, Arctic Monkeys, Velvet Underground, Televesion etc, as well as singer-songwriters like Jonathan Richman, James Taylor, Damien Dempsey. I play guitar most days and also enjoy running, playing football, riding my road bike and doing some boxing training at home for fitness. You've got to try to have a life outside of racing!