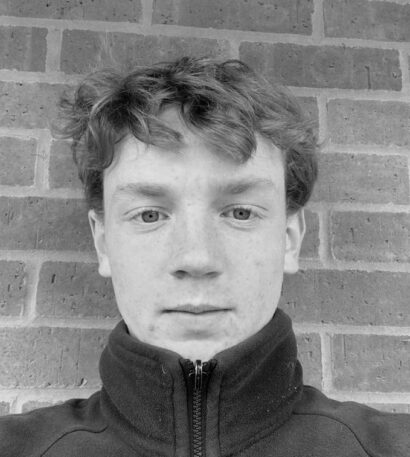 Hi Milo, tell us where it all began for yourself…

Well I wanted to be a jockey from an early age – it’s always something I’ve been really into – or perhaps a huntsman.

Thankfully, I got there and have had 10 winners from around 60 rides as an Amateur – however, I’m 6ft 4 so sadly it can’t go on forever. I realised I was going to be tall when I used to play rugby at school – I used to love being one of the tallest then as it made it a lot easier! It was just a shame when they all started getting wider and I didn’t!

And you were at Tom George’s earlier in the year before Coronavirus intervened?

Yes, it was disappointing to have to move on but thankfully Tom put me in touch with David and I was able to start at Tweenhills recently. I learnt plenty in a short space of time at Tom’s, particularly self-discipline; it was my first proper job so therefore getting up early every morning and being in the routine was an important learning curve.

Tom even put me on the best horse I’ve ridden in homework which is dual Grade 1 winner The World’s End.

We’re sure that was a big thrill, but would he be your favourite horse?

Well, for that I’d have to go with my own horse called Risk And Roll on whom I won two hunter chases, at Leicester in February and Stratford in March. He’d also be the best horse I’ve ridden in a race.

And what would be your favourite course?

So what’s the most important thing you’ve learnt at Tweenhills so far?

I’d say attention to detail; in terms of how much is paid to each individual foal and mare etc, not only on the ground but in the office as well – I know there’s a huge amount that goes on.

You’re off to Exeter University in September to study Politics – what sparked your interest?

Well, I suppose listening to mum and dad drone on about it on a daily basis! And lots of Radio 4 on the way back to school and things.

And finally, Milo, what things are you watching and listening to right now?

My favourite TV program without a doubt is Peaky Blinders. As for music, well I’ve just stolen all my housemate’s playlists so we’ll see what he comes up with, otherwise it’s podcasts – I absolutely love ‘That Peter Crouch Podcast’.