A Day in the Life of Kameko

“For Kameko’s first couple of days at Tweenhills, I fed him at 6am. Then at 6.30am he went on the walker for 30mins so I could do his stable and get everything ready.

“Then I took him from the walker for a hand-walk for about 45mins and then after that I hand-grazed him in one of the paddocks for another 45 mins; I did the same again in the afternoon for the first couple of days while he settled down.

“Now that he’s been here a couple of days he gets fed at 6.30am; gets put on the walker at 7am with the other stallions; and after an hour on the walker he gets turned out for an hour to an hour and a half in his small turnout.

“He’ll then come in before lunch, get his lunch feed and then in the afternoon I’ll try to get him out again, weather permitting. He will get fed again and have clean water at 9pm.

“He’s settled in well; he’s a nice and relaxed character and I’m looking forward to building a good relationship with him.

“Zoustar doesn’t arrive from Australia until Christmas – my colleague Xander Brown travelled with him from Tweenhills to Australia in the summer and has spent the Southern Hemisphere covering season with him. It’ll be great to have both of them back.

“As for the other two boys currently here, Havana Gold is great to handle and very relaxed to do anything with, and Lightning Spear is usually quiet to handle but likes to shout when out of his stable – he definitely enjoys being a stallion!” 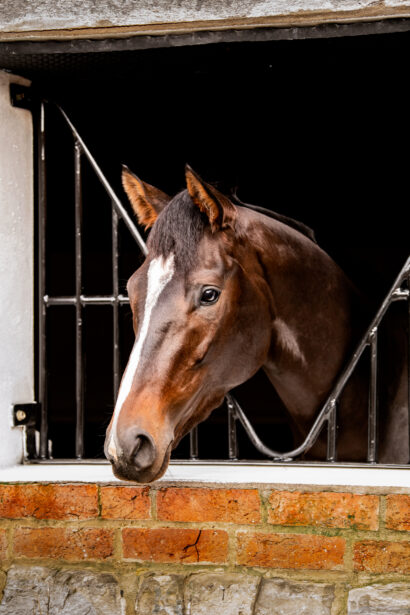 Kameko at Tweenhills
back to studlife