Another Group win for Havana

Havana Gold gained his fourth Group/Graded win as a sire when Havana Grey won the Gr. 2 Sapphire Stakes at the Curragh on Sunday.

Havana Grey was a shining light in Havana Gold's first crop last year, with his four wins including the Gr. 3 Molecomb Stakes and two Listed races. He also finished second in the Gr. 1 Prix Morny and Gr. 2 Flying Childers Stakes.

After having a two-month break following two creditable efforts in May, Havana Grey proved better than ever to win the Sapphire by a length from the previous year's winner Caspian Prince, impressing with the way he surged clear of such a fast and in-form rival in the hands of regular rider P. J. McDonald.

The performance - he's now rated 117 by Timeform - points to Havana Grey holding his own back in Gr. 1 company, and the Nunthorpe Stakes at York on August 24 could be his next target. He's now as short as 10/1.

Havana Grey was bred by Richard Kent's Mickley Stud and Lady Lonsdale. He is the first foal out of the six-time winner over five furlongs, Blanc de Chine (by Dark Angel). Blanc de Chine's two-year-old, Havana Ooh Na Na, is also by Havana Gold, while her yearling this year (by Fast Company) was sold for 85,000gns last year.

Havana Grey has clearly inherited speed from his sire (who is out of a dual Group-winning sprinter) and dam, though the likes of star stayers Big Orange and Red Cadeaux also appear on his page, as do sires Haafhd, Munir and Gladiatorus.

Havana Gold has had five individual Stakes winners, with the list completed by Treasuring, Headway, Barade and Havana View.

First yearlings by Zoustar proving popular down under 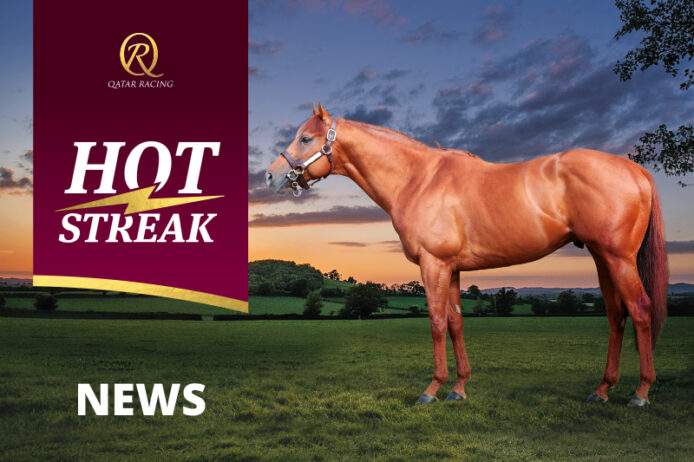 The Tweenhills-based sire Hot Streak welcomed his first foal into the world at the weekend with the birth of a filly out of the Stakes mare Breedj.Bred by Patrick Cosgrove, the filly is a half-sister to two winners from two runners out of the Listed ...

Not only is the start of the Flat season on the turf looming but also there are various Breeze-Up Sales and it is not too late to purchase some cracking two-year-olds by sires standing at Tweenhills.First season sire Havana Gold is represented by fiv ...