Havana Gold was trained by the Hannons, as was Jewel In the Sand (by Bluebird) to win the Gr.2 Cherry Hinton Stakes, so it’s fitting that the yard will also be responsible for the daughter of the two horses. She has been named Desert and will represent owners Martin Hughes, Michael Kerr-Dineen and Mrs M. Doyle, who bought her through Peter and Ross Doyle for £26,000 at the Goffs UK Premier Yearling Sale.

Another trainer who sends out dozens of two-year-olds winners each year is Mark Johnston, and he will saddle Tippy Toes, a Havana Gold filly out of Mullein (by Oasis Dream). She was picked up by the trainer for just 15,000gns at the Tattersalls Book 3 Yearling Sale but is out of a Listed winner who has already produced Stakes performers Carry On Deryck and Tarboosh. Tippy Toes will carry the increasingly familiar pink and red colours of Barbara and Alick Richmond.

Owner and fine art dealer Richard Green has an eye for quality so it’s great to see him own a Havana Gold this year. Raoul Dufy – named after the colourful French painter who died in 1953 – is a colt out of Lisiere (by Excellent Art) who is being trained by William Haggas. The mare has already produced one winner for the owner in Dutch Painting, as well as useful stayer Hiroshima.

George Boughey has made a promising start to his career as a trainer in Newmarket and he has a Havana Gold filly out of Chatting (by Intikhab) called Belacqua. She will race for Robert Johnson and, like Tippy Toes and Raoul Dufy, is entered in the Tattersalls October Auction Stakes.

James Bethell won three races with Havana Gold gelding Idoapologise so we’re hoping new trainer Edward Bethell, who has taken over from his father, can repeat the feat with Fearby. He’s out of Coolminx (One Cool Cat) and will carry the black and white colours of Clarendon Thoroughbred Racing.

Other Havana Golds to note are Chipotle, a colt out of Lightsome (by Makfi) trained by Eve Johnson Houghton for owners The Woodway 20, and Rawasi Almeydan, a filly out of Blondikova (by Pivotal) trained by Conrad Allen for Osama Aldafea.

Havana Gold two-year-olds still to be named include:

To discuss a nomination for your mare to Havana Gold, Kameko, Zoustar or Lightning Spear, contact our Nominations Team now on +44 (0)1452 700177. 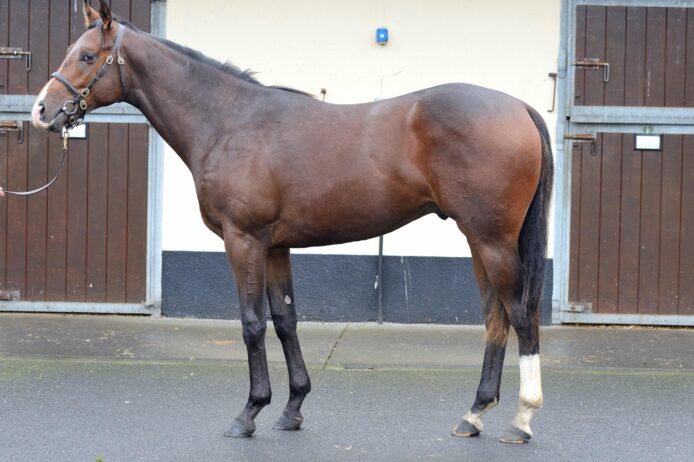 The first runner in Japan by Tweenhills stallion Havana Gold became a winner on Sunday - and an impressive one too! The well-named Golden Syrup - by Havana Gold out of Mr Greeley mare Muscovado - had made an encouraging debut over 1m1f at Tokyo for G ...