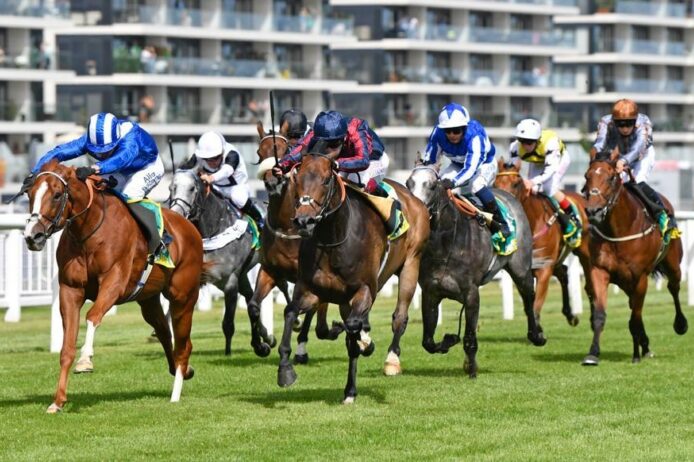 Havana Gold’s 6-year-old son Tabdeed took another step forward for being gelded in 2020 when winning the Gr.3 Hackwood Stakes at Newbury from three-time Gr.1 winner The Tin Man, with next-time-out winners Judicial, Summerghand and Tis Marvellous behind. Also beaten was Dakota Gold who would go onto win four Stakes races.

Soft ground hindered Tabdeed in the Gr.1 Sprint Cup at Haydock thereafter, a race won by Glen Shiel who was the only horse to beat Tabdeed at Newcastle in June, the winner in receipt of 3 lb that day. Tabdeed has won five of his eight starts over 6 furlongs and remains lightly raced for his age. Kept to a sound surface this season, he could yet be another top-level performer for his sire.

After hitting the woodwork a couple of times as a 2-yearold in 2019, Havana Gold colt Mambo Nights rattled off a quick hat-trick after racing resumed last June. The catalyst for the improvement was the step up to 10 and 12 furlongs; no surprise given Mambo Nights is a half-brother to mile-and-a-half winner Stacey Sutton.

For his Sandown maiden win, Mambo Nights beat two next-time-out winners. He also won a strong-looking Class 2 handicap for 3-year-olds at the Qatar Goodwood Festival. Mambo Nights was beaten in the Melrose Handicap on his final start but probably didn’t relish the increased test of stamina. He remains with potential for 2021, when he’ll return off a mark of 97 (down 2 lb).

Idoapologise has already shown the tough attitude associated with Havana Gold’s progeny in winning three of his nine starts and he can gain more success in 2021. He beat older horses as a 3-year-old over the extended 7 furlongs at Beverley in September and was scuppered by heavy ground in a 0-100 on his final start. He still qualifies for 0-80s and will be a useful horse for his trainer Ed Bethell to have in his first full season after taking over from his father James.

Another multiple winner for Havana Gold in 2020 was Rosa Gold, winner of handicaps at Leicester, Thirsk and Chepstow within 3 weeks last summer. She was beaten on both her subsequent outings after a short break but ran well returned to 10 furlongs at Nottingham, two places behind Make It Rain (dual winner since). Like many Havana Golds, Rosa Gold relishes fast ground and she's expected to continue her improvement this season.

North of Amazing is a Havana Gold half-brother to last June’s Gr.3 Pavilion Stakes winner Dubai Station (also trained by Karl Burke prior to his sale in October) and progressed with each run as a 2-year-old. A clue as to the regard in which he’s held came from him starting out in a valuable sales race at Doncaster, and he pushed an expensive breezer close at Newmarket on his final outing. The third from that novice, Sweet Bertie, won off 77 next time and therefore North of Amazing promises to win off his opening handicap mark of 78.

The first runner in Japan by Tweenhills stallion Havana Gold became a winner on Sunday - and an impressive one too! The well-named Golden Syrup - by Havana Gold out of Mr Greeley mare Muscovado - had made an encouraging debut over 1m1f at Tokyo for G ...