The winners have continued to come thick and fast for Charm Spirit recently, proving his £8,500 (Oct 1st SLF) stud fee for 2020 really is a bargain.

Royal Charm got off the mark at the third time of asking in a 1400m maiden at Te Aroha in New Zealand on Wednesday. Ridden by Samantha Collett for trainer Mark Brooks, Royal Charm prevailed in a tight finish. He is out of Shinko King mare So Royal and will be winning again.

Also in the Southern Hemisphere, Cielo Stellato toughed it out to win a competitive 1100m maiden at Moe in Australia for trainer Matt Laurie and jockey Beau Mertens. Three-year-old filly Cielo Stellato is out of Volksraad mare Aroon, meaning she’s inbred 3 x 3 to Green Desert.

Back in England, Royal Dynasty made it two wins in Lingfield 6f handicaps from two starts for her new connections. Trained by Mohamed Moubarak for owner David Fremel, she again burned off her rivals from the front, this time in the hands of Jason Hart. Born and raised at Tweenhills, Royal Dynasty is out of Royal Applause mare Millisecond.

Charm Spirit really is an international sire as another recent winner came in France when Mr Bold won a 1600m handicap at Mont-de-Marsan. Ridden by Mickael Forest for trainer Olivier Trigodet, Mr Bold came from off the pace in a big field and won cosily. He’s out of Woodmare mare Supergirl.

Another exciting weekend for Charm Spirit

As well as another winner in France, Charm Spirit was also responsible for two Stakes performances in Australasia. The Aga Khan’s Serkiyna had been knocking on the door in France and swung it right open on Sunday when impressively winning a maiden on ... 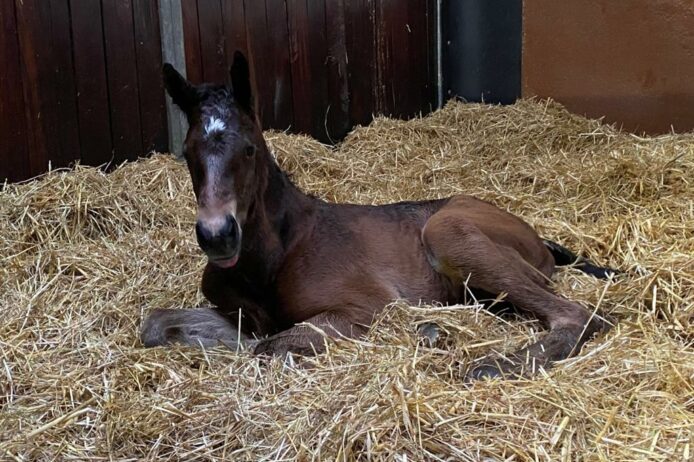 First foal of the season born

The first foal of 2020 has been born at Tweenhills; a handsome colt by Charm Spirit out of Shiba. Born at 6.30am on Wednesday 8 January, the youngster is reportedly doing well, as is mother. He is the first foal delivered at Tweenhills by our new Foa ...

Charm Spirit added two new Stakes winners to his record as a stallion when Lilikoi and Scorpz won in New Zealand. Lilikoi showed herself to be a filly firmly on the up when registering a comprehensive victory in Saturday’s Gr.3 Lawnmaster Eulogy Stak ...