Charm Spirit has added five new individual winners to his record in recent weeks, including three colts who scored on their debuts.

First up was Aerclub who made a winning two-year-old debut in a 13-runner maiden at Dundalk on November 22. Aerclub might have been a 45,000-guinea breezer but he was still a rare juvenile winner for his trainer Henry de Bromhead.

Aerclub stayed the mile well which is unsurprising given he's a half-brother to 11-furlong winner Cabanac and nine-furlong winner Will Be Zane. Aerclub is out of Elusive Quality mare Ibizane and was bred by Gestut Zur Kuste Ag.

Godhead might have been beginning his racing career fairly late as three-year-old but he looked a colt of serious potential as he made a winning start at Kempton at the expense of a well-backed stablemate from the John Gosden yard.

Godhead is out of Zamindar mare Hello Glory and changed hands for 85,000gns as a yearling. He was bred by Whitsbury Manor Stud And Mrs M. E. Slade.

Brunel Charm's purchase price was in between the two already mentioned - 65,000gns - and he too looked a very useful prospect as he won a 10-runner juvenile novice at Kempton for the Richard Hughes stable, beating a short-priced favourite.

That Brunel Charm could win over six furlongs was impressive given he's a half-brother to 10-furlong winner Il Capitano, out of Manduro mare Manyara (a half-sister to stayer Mamool). Brunel Charm was bred by Jupiter Bloodstock Ltd.

Congratulations to all connections of Charm Spirit's recent winners. 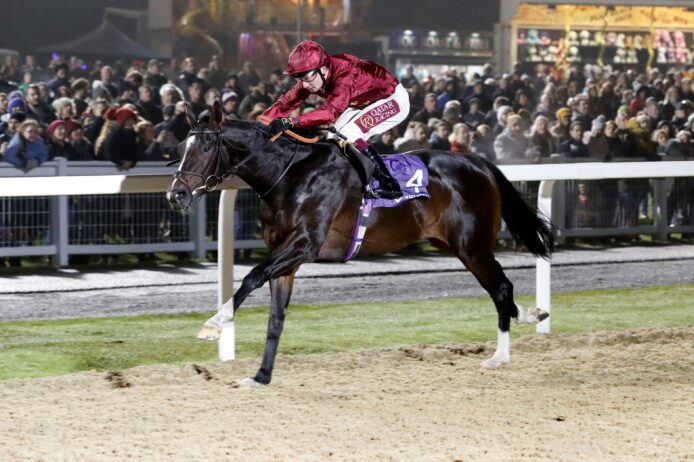 Oli Bell spoke to David Redvers about the Qatar Racing team of horses for 2020 for the Sporting Life website. Here are a few highlights... KAMEKO "He is all set for the Guineas and hopefully following in Roaring Lion’s footsteps. He’s our most exciti ...