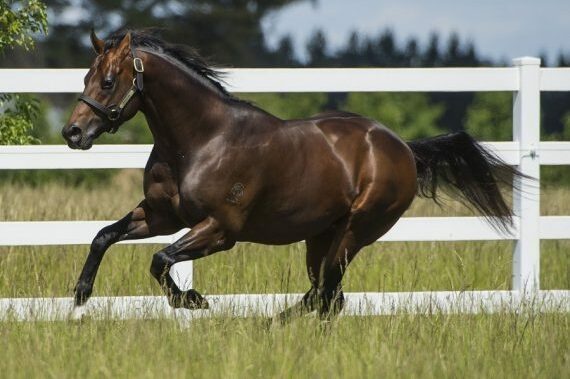 Already Champion First-Season and Second-Season Sire, Zoustar is now Champion Third-Season Sire in Australia following the close of the racing season, dominating his peers by earnings, winners and Stakes winners.

Zoustar also became the youngest sire to produce 100 winners for the season, his milestone coming at Geelong on Friday with the impressive debut victory of two-year-old filly Sweetzou.

Sweetzou is the second and final foal of unraced Fastnet Rock mare Sweet Butterfly, a half-sister to Stakes winner City of Song.

Zoustar’s 100 winners came from just 201 runners – a very impressive statistic – and among those winners were seven Stakes winners who won 10 Stakes races between them, winning over $11.1 million in prize money.

After another successful shuttling trip to Tweenhills, Zoustar is set to stand alongside his Gr.2-winning son Zousain at Widden Stud this Southern Hemisphere breeding season.

Zoustar gained his 15th Stakes winner as a stallion when Ranting broke his maiden in the Gr.3 Blue Sapphire Stakes over 1200m at Caulfield on Wednesday. Ranting might have been without a win going into Blue Sapphire but the three-year-old colt had fi ...

Zoustar's son Zoutori added a third Gr.2 success to his CV when winning the Gilgai Stakes over 1200m at Flemington. Five-year-old Zoutori had won his second Gr.2 Bobbie Lewis Stakes over the same C&amp;D on his previous start and lined up as joint s ...

Gr.2 double for Zoustar in Australia

There was yet more success for Zoustar in Australia last Saturday when two of his progeny won Gr.2s. Five-year-old mare Haut Brion Her had already won a Gr.2 last October and she added another to her CV in the 16-runner Sheraco Stakes over 1200m at R ...