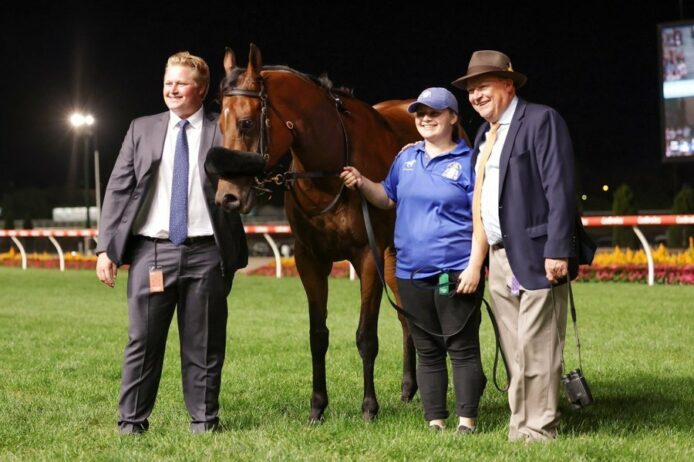 Sisstar after her record-breaking win

Sisstar was winning the final of the Ladbrokes 55 Second Challenge and stopped the clock in 54.45s, winning by half a length after coming late.

Trained by the 'Sunlight' team of Tony and Calvin McEvoy, Sisstar was returning after winning the Magic Millions 3&4YO Classic over 1100m at Ballarat in November. She also won the Gr.3 Red Roses Stakes in 2019.

Sisstar showed her class on Friday under a great ride from apprentice Matthew Cartwright.

Tony McEvoy said: “That’s just incredible, to win the last heat and get the record.

“That was really exciting, Matty Cartwright showed a lot of maturity, we’ll be using him again!”

The McEvoys will bank a A$55,000 cheque for the trainer of the fastest heat winner of the Ladbrokes 55 Second Series.

Sisstar after her record-breaking win