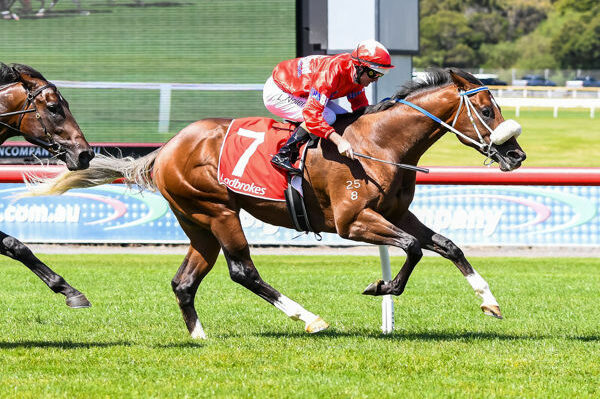 Yet another exciting prospect for Tweenhills' international Gr.1 sire sensation Zoustar made his presence firmly known on Wednesday when Lightsaber took his record to 2 wins from 3 starts with a dominant display.

Zoustar's two-year-old son Lightsaber had built on his very encouraging debut when winning the Ladbrokes Switch Plate over 1300m at Ladbrokes Park Hillside in early-February and he took another leap forward when winning a handicap over 1400m at the same course.

The physically imposing Lightsaber was always on the speed on Wednesday and poured it on inside the final furlong to see off Daily Bugle by two and a quarter lenths under Dean Yendall. He's trained by a man who knows all about top-class talent in Peter Moody.

Lightsaber, who carries the predominantly red colours of Blueblood Thoroughbreds, had already been talked about as one for the Gr.2 Sires' Produce Stakes after his first success and nothing has changed - it's also a race won by Zoustar himself.

“The Sires Produce is certainly a possibility. He’ll go to the water walker for four or five days after this and we’ll see how he pulls up.”

Lightsaber - who has already recouped A$85,000 of his A$100,000 purchase price - was bred by Emirates Park out of the unraced Dream Ahead mare Dream Cirque.

Lightsaber is the second foal and first to race out of the mare, who is a half-sister to stakes-placed winner Distant Rock. Dream Cirque is also a granddaughter of Fastnet Rock’s sister Cirque du Soleil.

Zoustar registered a double at Ladbrokes Park Hillside (Sandown) on Wednesday, including a very impressive juvenile colt success. Starry Legend was vying for favouritism with Feudal Empire for his debut in the IVE &gt; Print Plate over 1000m but prov ... 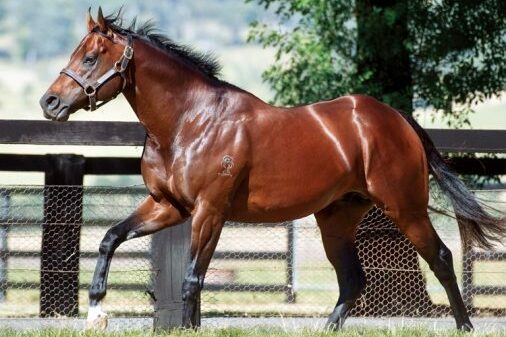 Tweenhills’ racing analyst and bloodstock assistant Adam Brookes looks at the best of Zoustar’s runners and how their dams are bred, as a quick reference for European breeders… The list I worked from was made up of 187 horses: Stakes performers and o ...