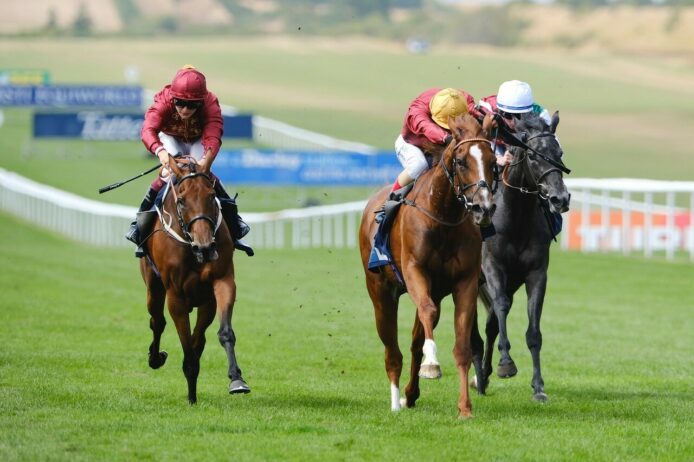 Tweenhills homebred Emotion gained her first Stakes win in the Listed Chalice Stakes at Newmarket on Saturday, beating Qatar Racing’s other runner Rose of Kildare, herself already the winner of three Group races…

After a demolition job success at Kempton in May, Emotion had faded at Goodwood and then been beaten by the boys in the Queen’s Vase at Royal Ascot but she was firmly back on track on the July Course.

Though Rose of Kildare lined up as the 7/5 favourite following her good second in the Listed Aphrodite Stakes over the same course and distance, 13/2-shot Emotion just edged a length clear of her near the line.

Qatar Racing’s racing manager David Redvers said: “It was a very exciting race and both horses have done really well. Emotion is a big filly and developing well. She will probably do well over a longer trip.

“The Park Hill Stakes at Doncaster is a possible for her but her main target is the Fillies and Mares race at the Qipco Ascot Festival which we sponsor.”

Emotion is now unbeaten in two starts over a mile and a half, though her pedigree says she should stay further as she’s out of Gr.1 Prix du Cadran winner Molly Malone.

Molly Malone was bought by David Redvers for €600,000 at the 2017 Arqana December Sale. She is now the dam of two Stakes winner from just three runners as another daughter, Morgan Le Faye, won a Gr.2, a Gr.3 and a Listed race. Molly Malone has a 2-year-old Roaring Lion colt with John and Thady Gosden and a yearling colt by Dubawi.

Rose of Kildare is in foal to Qatar Racing stallion Kameko and will retire from racing to join the Tweenhills broodmare band in a few weeks.

David added: “It’s possible she might have one more race – in the Upavon Stakes (at Salisbury on Aug 10) - but we don’t want to squeeze too much out of her and it’s more likely that this was her last race.”

In other Tweenhills-bred news, Warrior Lion (by Roaring Lion out of Stroll Patrol) made a very encouraging debut at Naas on Monday and Lady Clementine (out of Wind Fire) made a winning start in the US at Del Mar on Saturday after switching from Britain. 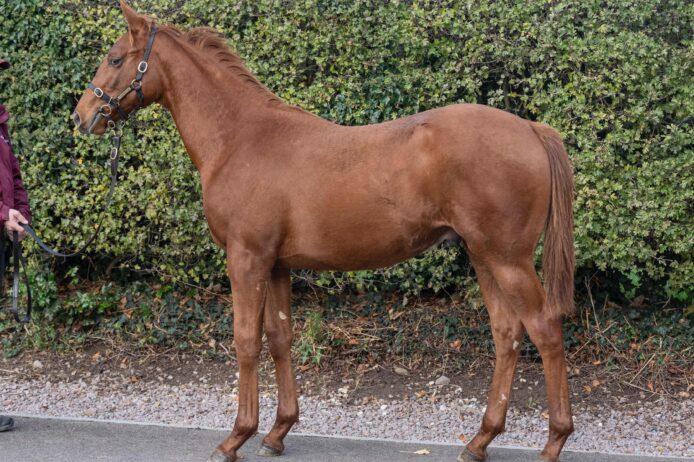 Four colts from the first crop of foals by Kameko sold for 90,000gns or more at the Tattersalls December Foal Sale, including a pair who fetched 145,000gns and 100,000gns. Three of the aforementioned quartet were consigned by Tweenhills, including t ... 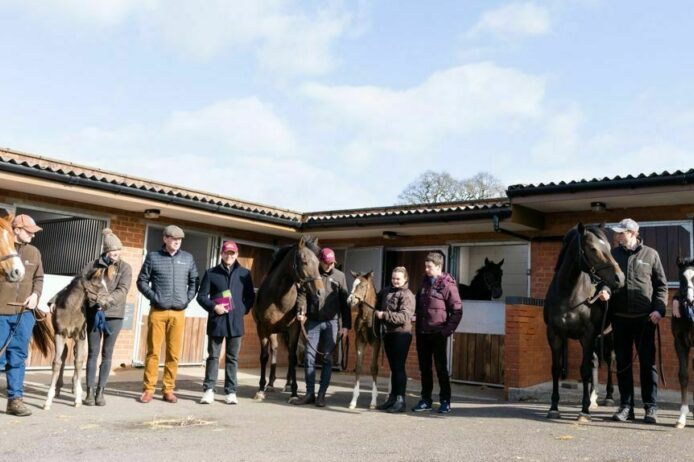 "Wind Fire has a two-year-old colt by Zoustar who is in training with Wesley Ward in America. She'll go back to him this year." Tweenhills' Bloodstock Manager Hannah Wall recently chatted to the Racing Post's Kitty Trice about this year's mating plan ...