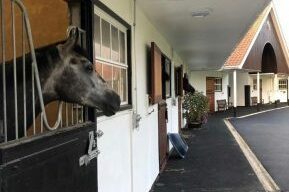 Roaring Lion at The National Stud

Roaring Lion recently started his journey to standing the Southern Hemisphere breeding season at Cambridge Stud in New Zealand by moving to Newmarket for quarantine.

Roaring Lion along with his Tweenhills studmate Charm Spirit has moved to The National Stud for the next few weeks until they both fly to New Zealand on July 11.

With stallion grooms Reece and Tom overseeing their time in British racing's headquarters - a place Roaring Lion knows well as he trained there by John Gosden - Lion and Charm are in great form and enjoying some down time after busy covering seasons in Gloucestershire.

As you might have read, Roaring Lion's book of mares at Cambridge is already full, while Charm Spirit is bound to be very popular too given his daughter Aretha has won a Gr.2 and finished placed in two Gr.1s in New Zealand.

Charm Spirit will return to a home he knows very well by now, Windsor Park Stud.

Roaring Lion at The National Stud 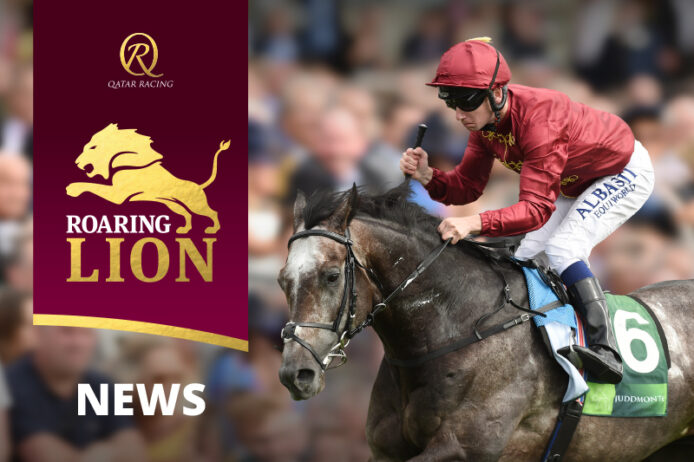 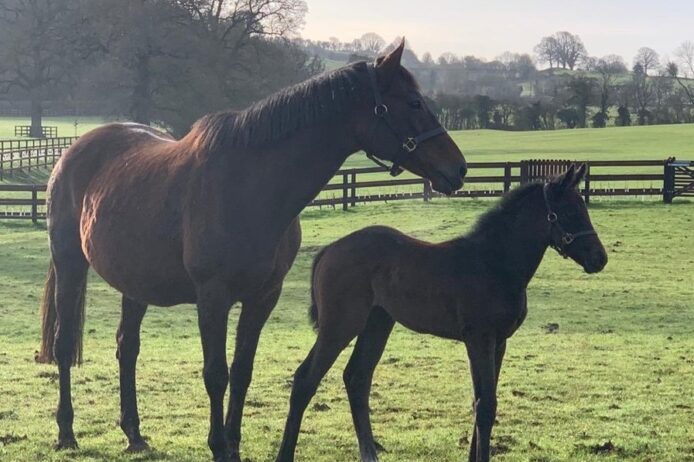